The subgenus Mantidactylus is a group of frogs endemic to Madagascar, including the largest anuran species on the island. Although these frogs are common and widely distributed, their taxonomy remains unclear. Two species are currently recognised, M. grandidieri and M. guttulatus, with another available name, Rana pigra, considered to be a synonym of M. grandidieri. However, molecular studies have suggested the presence of several cryptic species within the group. Leer más. 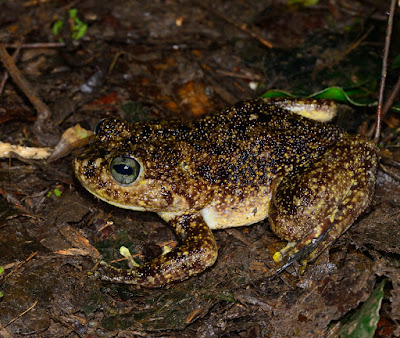